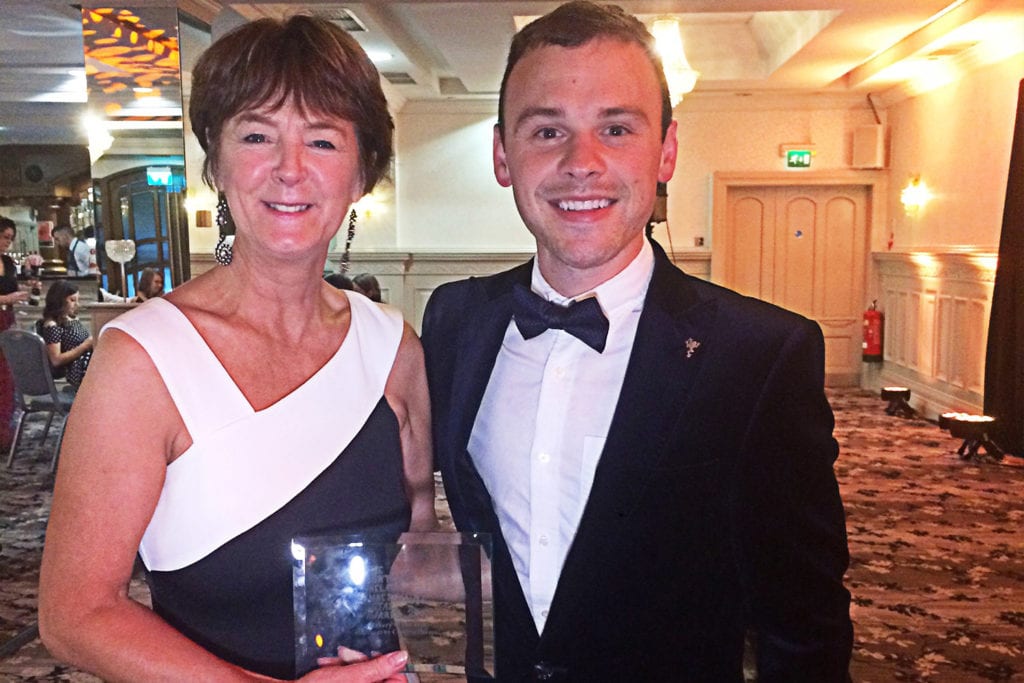 The 2nd Northern Ireland Independent Retail Awards 2019 saw local entrepreneurs rewarded for their achievements over the last year Including Donnelly’s Bakery & Coffee Shop . The Black tie event held in the Crowne Plaza Belfast Hotel, on Thursday 22nd August honoured hard-working Northern Irish individuals who demonstrated the entrepreneurial spirit and business acumen. to service a thriving industry. They gave homage to independent retailers for servicing and enhancing local communities.
Una Donnelly was in attendance at the award ceremony where it was announced to their delight they had won Bakery of the Year 2019 .

Eugene Donnelly ,Director of Donnellys and 2nd generation baker said “Winning the ‘Bakery of the Year’ award is great recognition of our bakers’ skills and of staff customer service , which have kept customers coming back for over 40 years.” he continued
“Independent retail shops work hard to provide the best quality and individual service that sets them apart from larger chains and awards celebrate that effort. We thank our customers who nominated and voted for us – it means a lot . All of the nominees in the category were outstanding and we are delighted to have won this award over such competition.”

Creative Oceanic has delivered award ceremonies for nearly a decade in cities across the world. These include Belfast, Dublin, Toronto, London, Glasgow, Cardiff, Manchester Leicester, Birmingham and is soon launching in New York. Creative Oceanic campaigns include the London SME Business Awards, the Scottish Women’s Awards and the Manchester Awards.
CEO Irfan Younis said: “Congratulations to all winners and finalists at the 2nd Northern Ireland Independent Retail Awards 2019. We were delighted to host such exceptional and hardworking people who make such brilliant role models and are leading a new generation of small business owners to success. We’re excited to see what next year holds and to watch how the campaign evolves over the years.